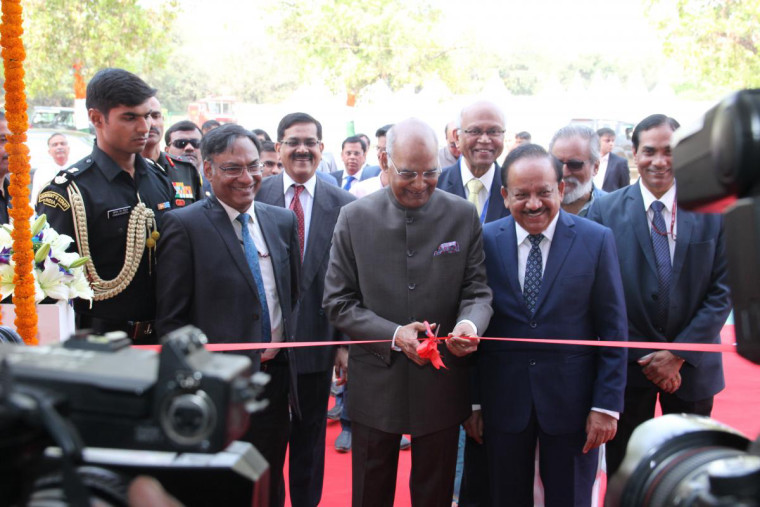 Festival of Innovation and Entrepreneurship Inaugurated

President Ram Nath Kovind inaugurated the Festival of Innovation and Entrepreneurship in Gandhinagar, Gujarat on March 15, 2019. The festival is an initiative of the Office of the President to recognize, respect and reward grassroots innovations. He also presented the 10th Biennial National Grassroots Innovation Awards at the occasion.

New Discovery on Evidence of Large Scale Celebrations in Britain

A new study published by archaeologists states that evidence of the earliest large-scale celebrations in Britain have been unearthed. This was published on March 13, 2019. People and animals travelled several miles to participate in these feasting rituals thousands of years ago. Some such events were near the Stonehenge.

The Russian central bank released a new coin to commemorate Crimea's reunification with Russia. These new five ruble coins depict an outline of the peninsula which was annexed by Russia in 2014.

The 77th International Film Festival of Malappuram (IFFM) will be organised by the Rasmi Film Society. The festival will be held at Malappuram, Kerala from March 29-31, 2019.

The United Kingdom has honoured the life of theoretical physicist Professor Stephen Hawking with a new 50p coin commemorating his pioneering work on black holes. The coin features his name in capital letters above a rippling drawing of concentric circles indicative of a black hole. The coin was designed by  British engraver and printmaker Edwina Ellis and has been released by UK's Royal Mint.