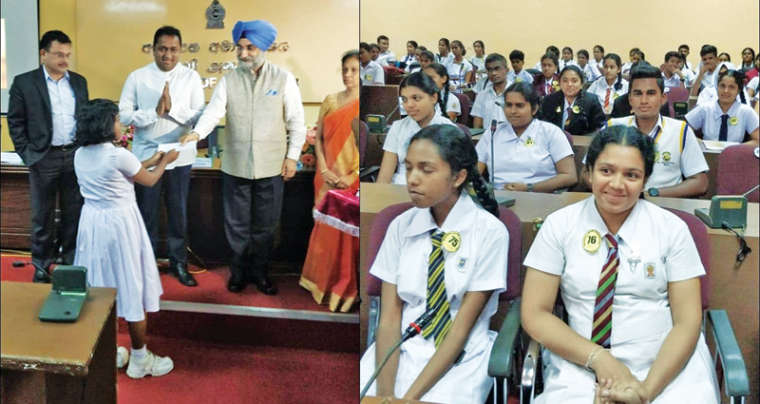 The prestigious Mahatma Gandhi Scholarships for 2017-18 were awarded to 150 Advanced Level school students of Sri Lanka at the Ministry of Education Auditorium, Battaramulla on February 20, 2019. The scholarships were handed out by the Minister of Education of Sri Lanka Akila Viraj Kariyawasam, and the Indian High Commissioner Taranjit Singh Sandhu.

PM Narendra Modi inaugurated the Virtual Experiential Museum (VEM) at Man Mahal, situated on the bank of the Ganges near holy Dashashwamedh Ghat at Varanasi on February 19, 2019. Established by the National Council of Science Museum (NCSM), VEM displays the cultural aspects of Varanasi by using latest virtual reality technology.

The fifth International Vision Zero Conference on Occupational Safety and Health took place at the Indian Institute of Technology in Mumbai, India on February 18-20 2019.

A regional conference on ‘Deendayal Disabled Rehabilitation Scheme (DDRS)’ was organised in Kolkata, West Bengal on 18th February, 2019. The conference was attended by Programme Implementing Agencies (PIAs) from 13 Eastern and North-Eastern Regions of the country.

The Union Culture Minister Mahesh Sharma inaugurated India's first fulldome 3D Digital Theatre' at the Science City in Kolkata, West Bengal on February 18, 2019. The theatre has a 23 metre titled dome that offers a fully immersive experience to the visitors. It has been fully funded by the Ministry of Culture at a cost of Rs 20 crore.