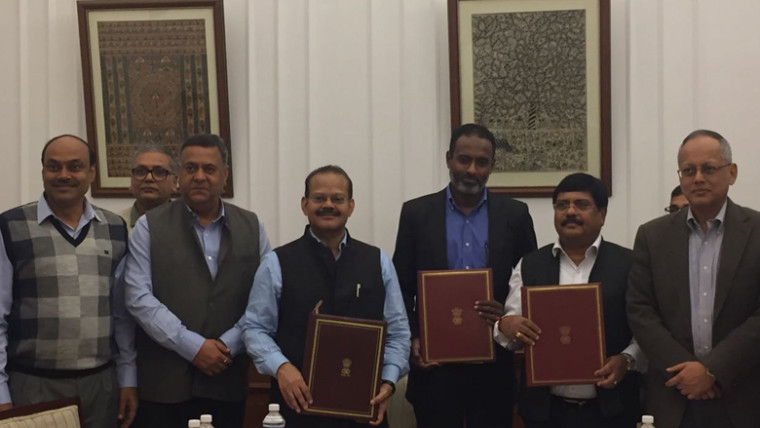 The Government of India and Uttarakhand, signed a $96 Million Loan Agreement with the World Bank on March 5, 2019. This is for provision of additional funds to Uttarakhand in its post-disaster recovery plans which have been ongoing since the floods of 2013. The World Bank, through the Uttarakhand Disaster Recovery Project, has been supporting the State Government since 2014

Singapore to Invest in Bharti Airtel

The investment arm of the Singapore government, GIC Pvt Ltd will pick up around 4% stake in Bharti Airtel worth Rs. 5,000 crore ($700 million).

Unemployment in India on the Rise

The unemployment rate in India is on a rise having hit 7.2% in February 2019, the highest so far since September 2016. It is also higher than last year when it was at 5.9% in February 2018. The data was released by the Centre for Monitoring Indian Economy (CMIE) on March 5, 2019.

French luxury group LVMH owner Bernard Arnault has overtaken Berkshire Hathaway Chairman Warren Buffett as the world's third richest person on the Bloomberg Billionaires Index. According to a wealth index, Arnault is worth $83.1 billion. Amazon founder Jeff Bezos is the world's richest person worth $140 billion with Microsoft's Bill Gates worth $98.3 billion, the second richest. Warren Buffett at fourth, has a net worth of $83 billion.

Reliance Infrastructure has bagged a Rs 648 crore contract from the Airport Authority of India to build a new airport at Hirasar, in Rajkot district of Gujarat. The announcement was made on March 5, 2019. The development of the airport has been approved at an estimated cost of Rs.1,405 crore. It is to be completed within 30 months from the date of issue of the contract.

The two banks have signed a Bilateral Swap Agreement (BSA) which came into effect from February 28, 2019. The BSA provides India to access 75 billion in US dollars for its domestic currency. The BSA helps establishing confidence in the Indian market.

PNB Highest in implementation of Reforms Agenda in 2018

Showing strong performance, PNB ranked first among public sector banks for implementation of 'reforms agenda', as per a report on February 28, 2019.  Bank of Baroda follows second with State Bank of India immediately behind.

Kotak Gets USD 500 million from ADIA

The RBI approved Singaporean DBS Bank to operate as a wholly owned local bank from March 1, 2019. The DBS currently has 12 branches in India as a franchise.

Tax Information and Exchange Agreement (TIEA) Between India and Brunei

India and Brunei signed an agreement for exchange of information in tax matters which will help curb tax evasion and tax avoidance. Based on international standards of tax transparency, the agreement was signed on 28 February 2019.

India's Fiscal Deficit at 121.5 per cent

The April-January fiscal deficit of the country touched Rs. 7.7 lakh crore. According to government data, this is 121.5% of the budgeted target for the current fiscal year.