Latest Happenings In The Nation 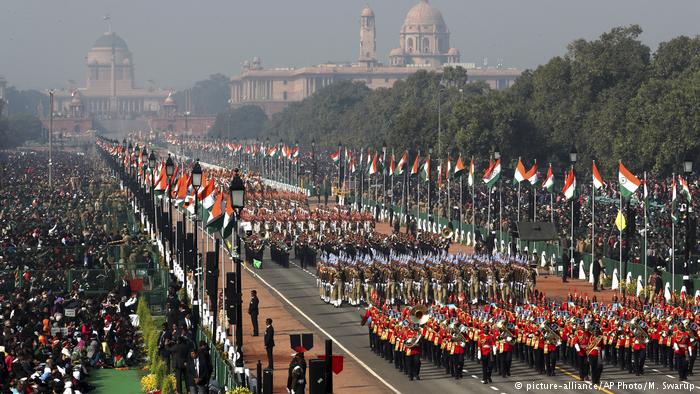 Every year, India celebrates its Republic Day on 26 January to honour the date when the Constitution came into effect in 1950. The main Republic Day celebrations are organised by the Ministry of Defence in New Delhi and presided over by the President of India. India has been hosting the head of state or government of another country as the state guest of honour for the Republic Day celebrations since 1950. This year marked the 70th celebration of our Republic Day. The state guest of honour this year was the fifth and current President of South Africa, Matamela Cyril Ramaphosa.

Karnataka State BJP president and former Chief Minister B.S.Yeddyurappa announced on January 24, 2019 that the victims of Sulwadi temple poisoning will be receiving Rs.2 lakh as compensation from the Centre. Funds are also being sought from the Centre to rehabilitate the victims of the Sulwadi. The Sulwadi temple prasad poisoning case saw the death of 17 people and many hospitalised.

As the 17th Lok Sabha elections approach, Maharashtra completed its campaign for voter registration. The state has registered 28,53,241 new voters.

The state of Maharashtra State announced 151 drought-affected talukas out of a total 355 in the beginning of January, 2019. An announcement for payment of Rs.2,900 crore was made on January 24, 2019 for relief in the affected areas. The State has also sought Rs.7,900 crore from the Centre for the same.

The 9th National Voters Day was celebrated this year with the theme, 'No Voter to be Left Behind'. The day is celebrated all over the country on January 25 every year since 2011 to mark the Foundation day of the Election Commission of India established on January 25, 1950. The idea behind it is to sensitise voters about their rights and duties towards democracy, especially new voters.

Piyush Goyal was handed over the charge of the interim finance and corporate affairs minister by the President of India. The action was necessary in view of Arun Jaitley’s indisposition. Goyal will present the budget in February and serve as an interim minister till August 2019.