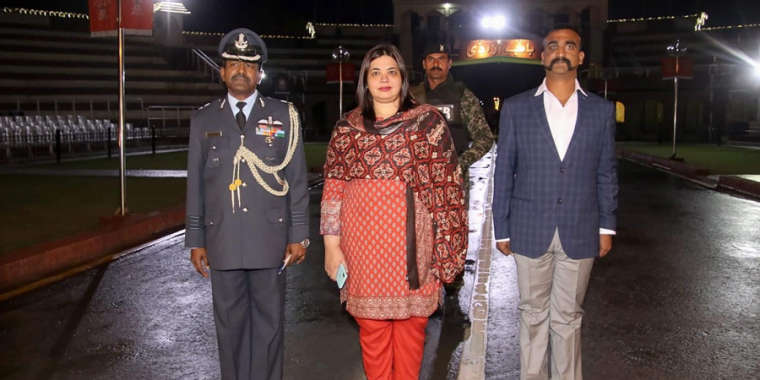 Union Finance Minister released the book titled 'Mann Ki Baat' in New Delhi on March 2, 2019. The book is a compilation of 50 broadcasts of PM Modi's programme by the same name on All India Radio.

Ajay Narayan Jha, the former finance secretary, joined the 15th Finance Commission as a member on March 1, 2019. He joined the commission following the resignation of another member, Shaktikanta Das, who was appointed as governor of the Reserve Bank of India. Jha has also served as the Secretary to the 14th Finance Commission, which was headed by former RBI Governor YV Reddy.

Search and Arrest Power to Assam Rifles on Hold

The Assam Rifles, which is commanded by army officers, is the leading counter-insurgency force in the Northeast and is deployed along the Myanmar border. It had been empowered by the Ministry of Home Affairs to arrest anyone and search a place without a warrant in the border districts of Assam, Arunachal Pradesh, Manipur, Nagaland, and Mizoram. The government decided to put on hold this special power on February 22, 2019.

PM Narendra Modi inaugurated the National War Memorial at India Gate on February 25, 2019. The memorial is spread over 40 acres in the India Gate complex and has the names of 25,942 martyrs  inscribed across 16 walls.

The Muslim Women (Protection of Rights on Marriage) Second Ordinance, 2019 was signed by President Ram Nath Kovind on February 21, 2019. The Ordinance makes the instant Triple Talaq practice a criminal offence punishable with imprisonment of up to three years and fine.

An anti-drug cell will be set up in schools, colleges and other educational institutions in Uttarakhand. According to the Director General of Police Anil Kumar Rathodi, this is a much needed step to keep children away from using drugs. The Anti-drug Task Force will be responsible for monitoring the cells in the state.

The eighth World Corporate Social Responsibility Congress (World CSR Congress 2019) was held at Mumbai in Maharashtra on February 17-18, 2019. Participants from 33 countries attended the event to encourage the efforts of individuals and organizations. The theme of this year is ‘Sustainable Development Goals(SDGs)’ to focus on corporate strategies, innovation, and strategic alliances.