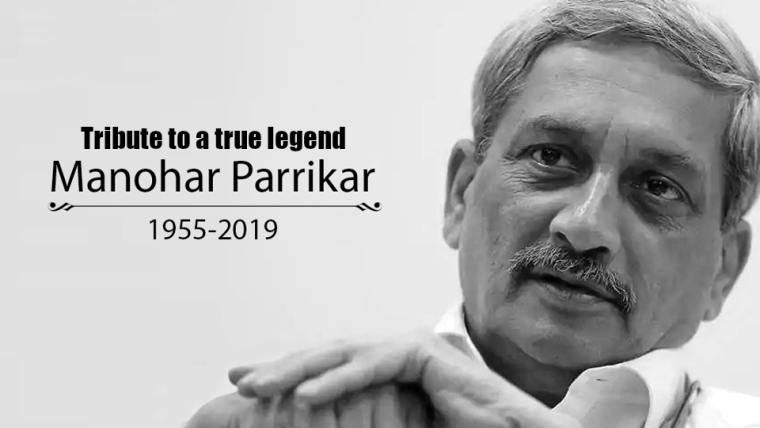 Goa Chief Minister Manohar Parrikar passed away at the age of 63 in Panaji on March 17, 2019. He had been suffering from pancreatic cancer for over a year. He served as the Defence Minister of India from 2014 to 2017.

As per the Election Commission, the maximum number of first time voters are from West Bengal this year. The 2019 Lok Sabha elections will witness nearly 20.1 lakh first time voters from the state and an increase of 8.4 crore voters nationally in comparison to 2014 General Elections.

The Income Tax Department has conducted various searches in Jammu and in Kashmir for disruptive elements using black money to fund terrorism. So far, cash of 1 crore 44 lakh and jewellery worth 2.48 crore which is not accounted for, has been seized.

Work towards a greenfield airport near Chennai will soon get started. The Tamil Nadu Industrial Development Corporation (TIDCO) has requested a proposal from potential consultants to head the project. The consultant will be responsible for drafting the plan and identifying the site.

Post the Ethiopian Airlines plane crash last week, the Directorate General of Civil Aviation (DGCA) banned the Boeing 737 MAX 8 aircraft in Indian air space. The ban was imposed by the DGCA on March 13, 2019. The two Indian airlines affected by this are Spice Jet and Jet Airways.

The Central Industrial Security Forces (CISF) celebrated the 50th raising day in Ghaziabad on March 10, 2019. The event was organized at the 5th Battalion Camp at Indirapuram in Ghaziabad and attended by PM Narendra Modi.