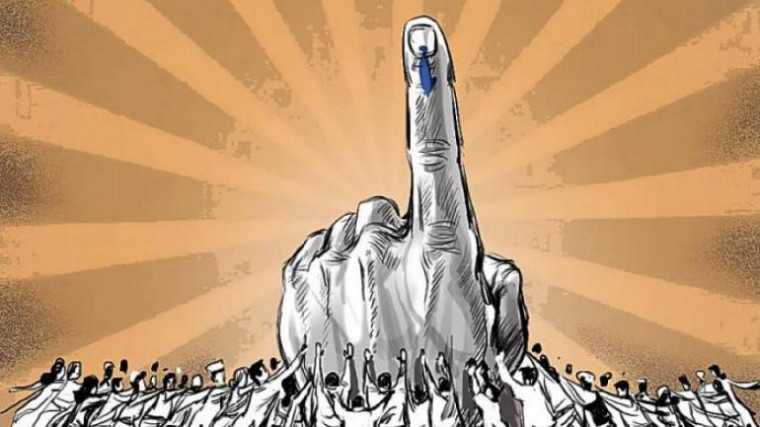 The general election in India is scheduled for 543 Lok Sabha constituencies across the country from April 11 to May 19, 2019. This election will form the 17th Lok Sabha of India. The Election Commission of India (ECI) announced the schedule on March 10, 2019. The Chief Election Commissioner (CEC) Sunil Arora informed that the election will be conducted in seven phases with the counting of votes on May 23, 2019.

Detailed Hearing of the Electoral Bonds in Supreme Court

The Supreme Court heard the pleas challenging the issuance of electoral bonds for political funding on Friday April 5, 2019. An interim stay was turned down by the bench headed by Chief Justice of India Ranjan Gogoi. The matter was also adjourned for a detailed hearing to April 10, 2019.

The Indian Army built the longest suspension bridge over the Indus river at Choglamsar village in Leh. It was inaugurated on the 20th anniversary of Kargil Vijay Diwas on April 1, 2019. The 260-foot-long bridge, named Maitri, has been built by the combat engineers of the Fire and Fury Corps of the Indian Army in a record time of 40 days.

The Muslim Rashtriya Manch (MRM) is known to be affiliated to the Rashtriya Swayamsevak Sangh (RSS) branch of the  Bharatiya Janata Party (BJP). The MRM started a campaign to generate awareness in the Muslim community for the upcoming elections. Indresh Kumar, the mentor and patron of MRM, endorsed BJP while addressing Muslims at Roorkie in Uttarakhand on April 4, 2019.

An order was issued by the Home Ministry for the setting up of the Terror Monitoring Group (TMG) in Jammu & Kashmir on March 29, 2019. The TMG will identify leaders of organisations and hardcore sympathisers who provide support to terrorism.