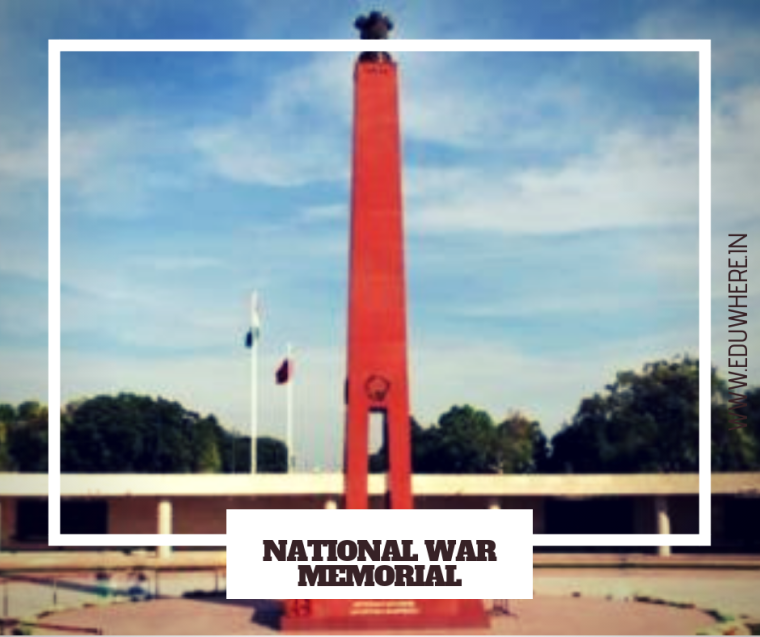 Fighting against terrorism is undoubtedly a task that requires courage and fearlessness. Terrorism can never come to an end with a day’s effort. It requires dedication, patience and perseverance and the courageous Indian Soldiers. Numerous soldiers have lost their valuable lives in many battles so that the country stays in peace. No matter whatever we do, we can hardly make up for the sacrifice done by them and their families. The least we can do is to remember and respect them forever.

The National War Memorial inaugurated by the Indian Prime Minister Narendra Modi is one symbol that tells us about the bravery of the Indian soldiers.

Inaugurated on 25th February 2019, National War Memorial is spread over an area of 40 acres approximately.

The memorial pays tribute to soldiers who sacrificed their lives defending the nation during  the mentioned wars.

The design of the National War Memorial consists of a layout comprising four concentric circles:

The names of 25,942 fallen heroes, along with their rank and regiment, are inscribed in the 16 walls of the memorial.

At the Param Yoddha Sthal, statues of 21 Param Veer Chakra awardees have been installed.

Lets take a moment to pay respect to these brave eternal souls of the nation!