Sushma Swaraj- The People’s politician passes away at 67, here is everything you need to know about her political career and achievements 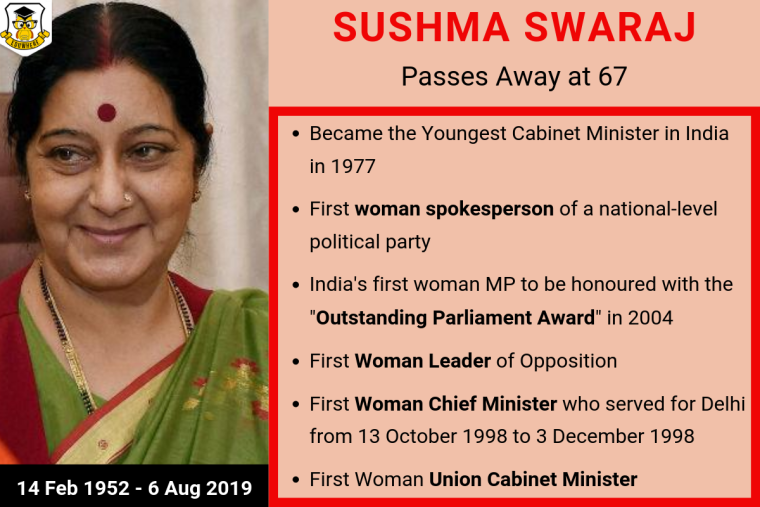 Sushma Swaraj, former External affairs minister passes away at 10: 15 PM, 6 August 2019 at the age of 67 in AIIMS hospital as she suffered a major heart attack. Being one of the most prominent faces of the party, she was praised by all for her outstanding contribution towards external affairs.

Sushma Swaraj was born on 14 February 1952 at Ambala cantonment to Shri Haridev Sharma and Shrimati Laxmi Devi. Before a few hours of her death, she expressed her happiness in a tweet about the scrapping of Article 370. Unfortunately, this was the last tweet by Sushma Swaraj. She is praised throughout the country and the world for her 4-decade long political career. 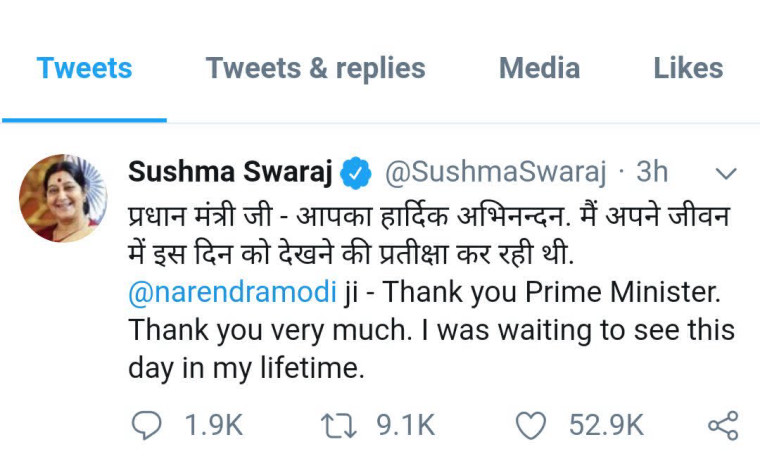 The entire country is in shock and sorrow for the loss of this gem whose dedication and hard work helped many lives.

Here are some glimpses about the political career and achievements by Sushma Swaraj.