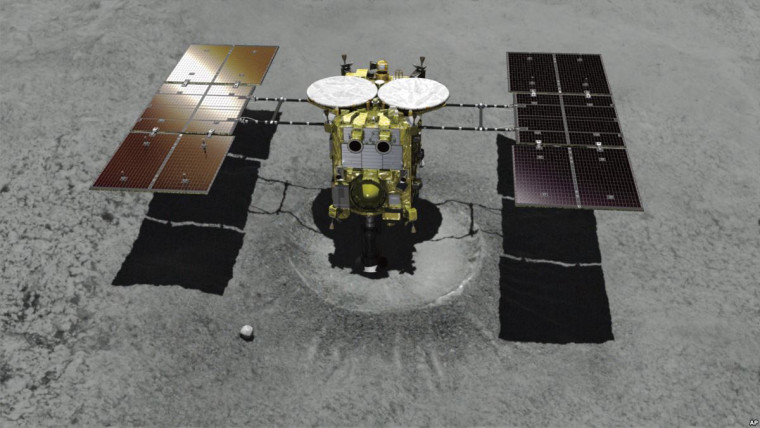 Japanese space probe Hayabusa2 has dropped an explosive on the surface of the asteroid Ryugu to create a small crater. The operation took place on April 5, 2019. The Japan Aerospace Exploration Agency (JAXA) confirmed that the probe had released the device and was safe at 11:56 am Japan time. The explosion will expose the subsurface layers of the asteroid that will be collected and studied for possible clues to the origin of the solar system.

Phayeng village in Imphal West district of Manipur has become India’s first carbon-positive settlement. Home to 660 households, the village uses its lush community-managed forest to develop as a carbon-positive village. A carbon-positive tag is given if more carbon is seized than emitted, slowing the accumulation of greenhouse gases and mitigating the effects of climate change.

An India-focused fact-checking feature was launched by WhatsApp on April 2, 2019. The initiative will keep in check the fake news and rumours circulating with respect to the 2019 Lok Sabha elections. Indian users can report such information or rumours to a WhatsApp number (+91-9643-000-888) and check the authenticity of the same.

The ‘State of Global Air Report 2019’ was released by the Boston-headquartered Health Effects Institute on April 3, 2019. According to the report, air pollution in India contributed to over 1.2 million deaths in 2017, the third-highest cause of death ranking just above smoking. The report also stated that South Asia is the most polluted area in the world.

A recent study by Research Fellow at Aberystwyth University in the UK, David Kuridze has revealed that the Sun’s magnetic field is ten times stronger than believed. This can change the understanding of the solar atmosphere and its effects on Earth. Everything that happens in the sun’s outer atmosphere is dominated by the magnetic field and this is the first time the magnetic field has been measured accurately.