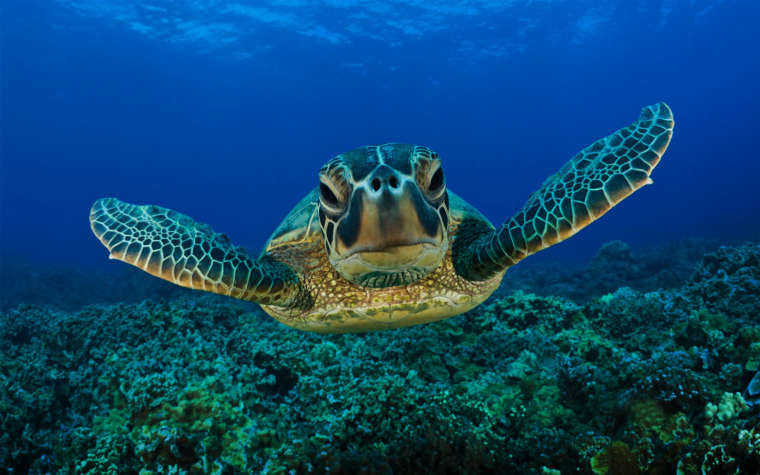 The adverse effects of climate change in underwater forests was stated in a study conducted by researchers at the University of Sydney and the Sydney Institute of Marine Science in Australia. The study states that Climate change could lead to a decline of underwater kelp forests by impacting their microbiome. As per the study, predicted ocean warming and acidification can change microbes on the kelp surface. This can lead to disease and potentially put fisheries at risk.

The United States Food and Drug Administration (USFDA) has given tentative approval to Laurus Labs for a fixed dose combination drug for HIV. The drug, Tenofovir/ Lamivudine/ Dolutegravir (TLD) 300/300/ 50mg fixed dose is the preferred first-line regimen for the treatment of people living with HIV

India to Use Space Technology for Better Border Management

The Home Minister Rajnath Singh has approved use of space technology at the borders. The project will be implemented the Home Ministry, with the assistance of the Department of Space. It will help strengthen islands and border security and facilitate the development of infrastructure in border and island areas.

36-year-old Polish physicist and businesswoman Olga Malinkiewicz, has transformed Green Energy making sustainability a possibility. She has developed a unique inkjet processing method for perovskites. Perovskites are a new generation of cheaper solar cells. This makes it possible to produce solar panels under lower temperatures at very low costs. These can be easily fixed to any surface to produce electricity, in the shade or indoors.

The astronomers using the NASA/ESA Hubble Space Telescope were studying some of the oldest and faintest stars in a globular cluster when they made an unexpected finding. A dwarf galaxy was chanced upon in our cosmic backyard, 30 million light-years away.

National Aeronautics and Space Administration (NASA) says that the Parker Solar Probe has begun its second orbit of the sun. The probe completed its first orbit of the sun on January 19, 2019. It has now begun the second of 24 planned orbits. Its second perihelion or closest approach to the sun, will be on April 4, 2019. It will once again bring the probe about 15 million miles from the sun.

Camel Milk is rich in Vitamin B1 and provides 70% of the recommended daily value per serving. It is also rich in calcium, improves gastrointestinal health, and systemic immunity. Amul Camel Milk has been launched by the Gujarat Co-operative Milk Marketing Federation Limited (GCMMF) in Gandhinagar, Ahmedabad and Kutch.

ISRO has shortlisted 10 companies that will now manufacture the Lithium-ion cells for use in launch vehicles and satellites. The cells were being developed by the Vikram Sarabhai Space Centre (VSSC) at Thiruvananthapuram in Kerala.