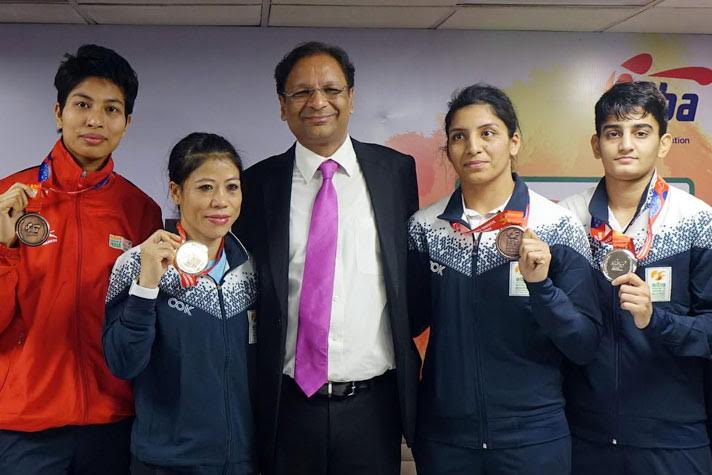 Ajay Singh, the Head of Elite Foundation of AIBA

In the first ODI between West Indies and England, Chris Gayle surpassed Shahid Afridi as the batsman with most sixes in international cricket at the Kensington Oval in Bridgetown, Barbados on February 20, 2019. Gayle has also announced his retirement at the end of 2019 ICC Cricket World Cup in England & Wales.

Following the Pulwama terror attack, the Board of Control for Cricket in India (BCCI) is contemplating writing to the International Cricket Council (ICC) to keep Pakistan out of the ICC World Cup 2019, for continuing to harbour terrorists. The World Cup kicks-off in England and Wales on May 30, 2019. India is scheduled to face Pakistan on June 16, 2019 at Old Trafford in Manchester.

Six-time world women boxing champion MC Mary Kom was named the brand ambassador for PUMA for a two-year period on February 18, 2019. She will be the ambassador for the company’s women’s training category.