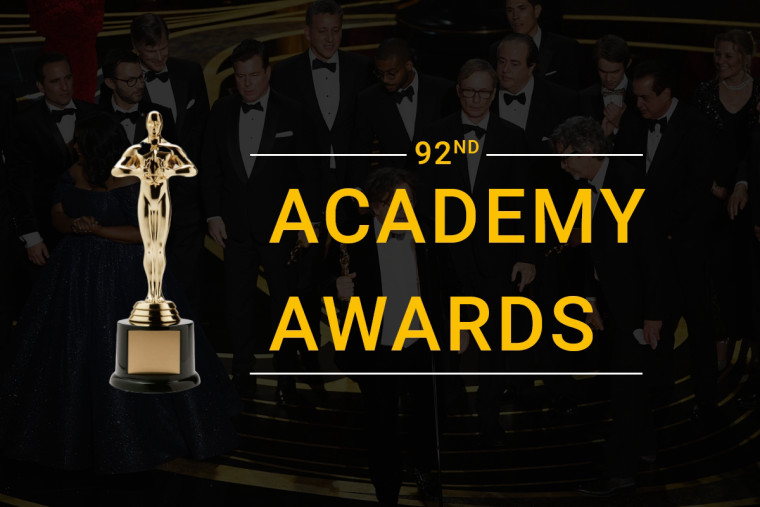 With all the amazing performances in the year 2019, Oscars was the event that made people very excited. The 92nd Academy Awards took place in Los Angeles. In an event full of fabulous artists being rewarded for their spectacular work, the world witnessed some historic victories.

In various categories, with the best nominations presented, it was a bit surprising that many films which were expected to win couldn't get much. On the other hand, movies like Parasite and 1917 just didn't win awards but also recognition from the entire world for their fine presentation and work.

Let's take a look at at the complete list of all the winners of the 92nd Academy Awards.

Among the 9 pictures nominated for the Best Picture category, Parasite won the award.

Renee Zellweger won the Best Actress award for Judy. This is the second Academy award for Zellweger.

The Best Actor award was taken away by Joaquin Phoenix for his outstanding performance in Joker.

Love Me Again from Rocketman received the Best Music in the original song category.

Parasite from South Korea received the award for the best international feature film.

Bombshell received the Oscar for best Makeup and hairstyling.

Among the 5 best movies nominated under the category Visual Effects, 1917 took the oscar home.

The best cinematography award went to Roger Deakins for 1917.

The Best sound mixing award was won by 1917.

Ford vs Ferrari won another Oscar for Best Sound Editing.

For the Best Supporting actor, Brad Pitt was awarded for his performance in Once Upon a Time in Hollywood.

The Best Adapted Screenplay award was received by Taika Waititi for Jojo Rabbit.

The Neighbor’s Window won an Oscar for the best Live action short film.

Once Upon a Time...in Hollywood won the Best Production design oscar.

Under the Documentary feature category, American Factory won the Oscar.

Learning to Skateboard in a Warzone received an Oscar for Documentary short feature.

You can also buy Eduwhere Edge pass, starting at Rs 99 for 1 month and Rs 199 for 3 months and get access to all the online mock tests available.