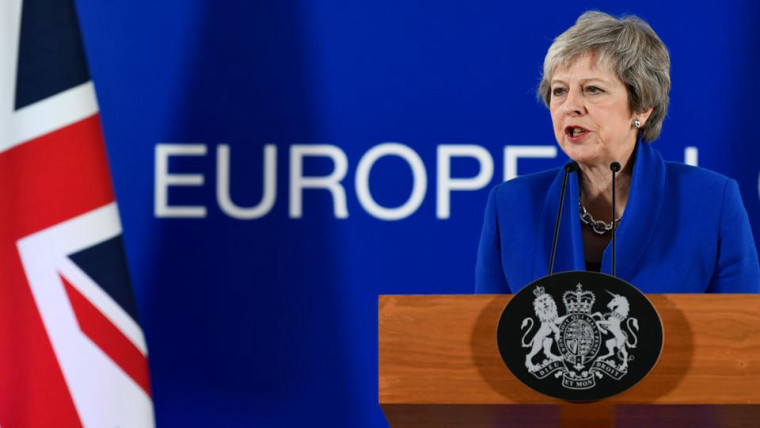 European Union leaders have agreed to postpone Brexit beyond March 29, 2019. British Prime Minister Theresa May had requested a delay of the Article 50 process, which meant delaying Brexit. If May is able to garner support of the MPs over the withdrawal deal negotiated with the EU, UK will be offered a delay until May 22, 2019.

An American lawyer of Indian origin, Neomi Jehangir Rao has been sworn in as US Circuit Judge for the District of Columbia Circuit Court of Appeals. The court is considered next only to the US Supreme Court. Rao, 45, was sworn in by US Supreme Court Justice Clarence Thomas in the Roosevelt Room of the White House on March 19, 2019.

Pakistan recently received USD 1 billion each from Saudi Arabia and the UAE to help the dwindling forex reserves. Now China has joined the bandwagon and will loan USD 2.1 billion to boost Pakistan's ailing economy. The funds will be deposited in the State Bank of Pakistan's account by March 25, 2019.

New Zealand has banned the sale of assault rifles and all military-style semi-automatics (MSSA) weapons. The decision follows the terrorist attack in two mosques of Christchurch that killed 50 Muslims. The new law will be in place by April 11, 2019.

India has indicated that it will be boycotting China's Belt and Road Forum for a second time. An announcement was made in this regard on March 20, 2019. India boycotted the first Belt and Road Forum (BRF) in 2017. This was in protest to the controversial China-Pakistan Economic Corridor (CPEC) which will run through Pakistan-occupied Kashmir (PoK).

The first ever High-Level Dialogue on Indo-Pacific Cooperation (HLD-IPC) was held in Jakarta on March 20, 2019. It was inaugurated by the Indonesian Vice President Jusuf Kalla.  The theme was 'Towards a Peaceful, Prosperous, and Inclusive Region'.

A brutal tropical cyclone Idai struck the coastline of Mozambique on March 14, 2019. According to the UN, 1.7 million people in Mozambique were in the path of the cyclone, with 920,000 people affected in Malawi and many more in Zimbabwe. The port city of Beira in Mozambique was hit the hardest.