News Updates From The Globe 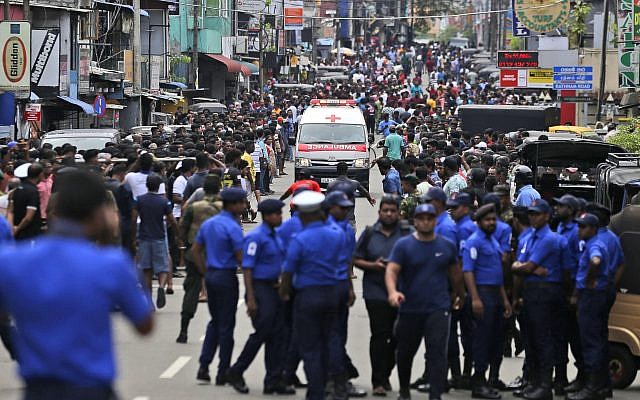 Nine bomb blasts shook Sri Lanka on Easter Sunday. Bombs were used to attack three churches and three hotels in Sri Lanka. These attacks took place in central Colombo, in the northern suburb Kochchikade of Colombo, in Negombo which is roughly twenty miles north of Colombo, and in the east of the country in Batticaloa. Three churches and three luxury hotels were targeted on April 21, 2019. The attacks were carried out by the radical Islamist group National Thowheeth Jamaath, according to the Sri Lankan government.

The world's best airport, Changi, officially opened a retail complex named Jewel on April 17, 2019. It is a massive dome-shaped complex covering around 135,700 square metres with a roof made up of 9,600 pieces of glass. Built on the site of the old Terminal 1 car park, the Jewel is house to a 40 metre Rain Vortex as the centrepiece. It is the world's tallest indoor waterfall.

Former Indian cricketer Ravi Shastri has been appointed as the Corporate Ambassador to the Indian business community by Ras Al Khaimah Economic Zone (RAKEZ). He will represent RAKEZ in networking events, business forums and seminars, to build and sustain business relationships.

Ex President of Peru Shoots Himself

The former president of Peru, Alan Garcia took his own life with a shot in the head on April 17, 2019. Garcia was facing charges for accepting bribes from Brazilian builder Odebrecht. He shot himself in his home in Lima as the police arrived with a warrant for his arrest. Garcia served two terms as president, from 1985 to 1990 and from 2006 to 2011. He was 69.

The 150 Indian peacekeepers who were serving with the UN Mission in South Sudan (UNMISS) were honoured by the United Nations at a ceremony in Malakal. They received medals of honour for their dedicated service and sacrifice.

Iran Labels US Troops in the Middle East as Terrorists

The Iranian government passed a bill labelling US troops in the Middle East as terrorists. It was reported that 204 lawmakers approved the bill out of 207 present at the session on April 16, 2019. It is also reported that some lawmakers demanded listing the entire US army and security forces as terrorist.

The United Nations owes troop- and police-contributing countries USD 265 million active peacekeeping missions as of March 31, 2019. Out of this, UN owes India USD 38 million, the highest it has to pay to any country. The UN owes Rwanda USD 31 million, Pakistan USD 28 million, Bangladesh USD 25 million and Nepal USD 23 million.