Trending News From The World 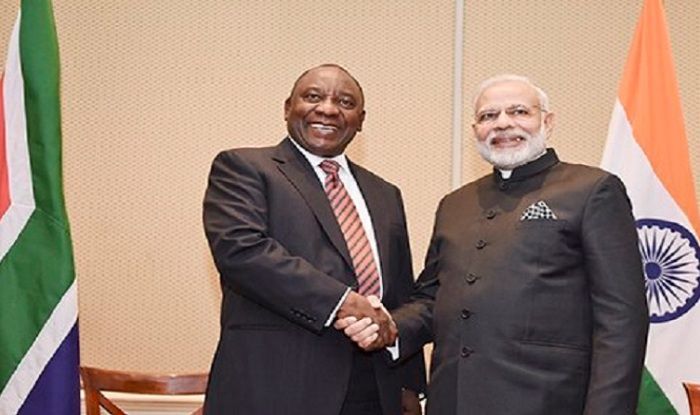 South African President Matamela Cyril Ramaphosa was the Chief Guest at India's Republic Day Parade this year. After Nelson Mandela, he is the second President of South Africa to be the Chief Guest at the parade. He was given a ceremonial welcome at the Rashtrapati Bhawan on January 25, 2019.  Prime Minister Narendra Modi and President Ramaphosa also held delegation level talks on bilateral, regional and global issues of mutual interest. India is among the top five trading partners of South Africa.

At least 68 Feared Dead in Floods and Landslides in Indonesia

According to the Indonesian government, at least 68 people have died in floods and landslides in the Sulawesi island of Indonesia. Nearly 7,000 people have taken refuge in emergency shelters. More than 5,000 homes have been submerged and several acres of rice paddies have been destroyed, amongst other damages as heavy rains caused a dam to overflow.

A three-year roadmap was disclosed by both countries on January 25, 2019. Prime Minister Narendra Modi held talks with visiting South African President Matamela Cyril Ramaphosa  to take forward their strategic partnership. President Ramaphosa was the state guest of honour at this year's Republic Day parade. The Strategic Partnership between India and South Africa, called the Red Fort Declaration, was signed in March 1997 by the then South African President Nelson Mandela and former Prime Minister H.D. Deve Gowda.

Malaysia named Sultan Abdullah Ibni Sultan Ahmad Shah as the country’s 16th King on January 24, 2019. He was elected by the members of the country’s royal families. He will officially take over as King or Yang di-Pertuan Agong on January 31, 2019. His predecessor Sultan Muhammad V of Kelantan state resigned earlier on January 6, 2019.