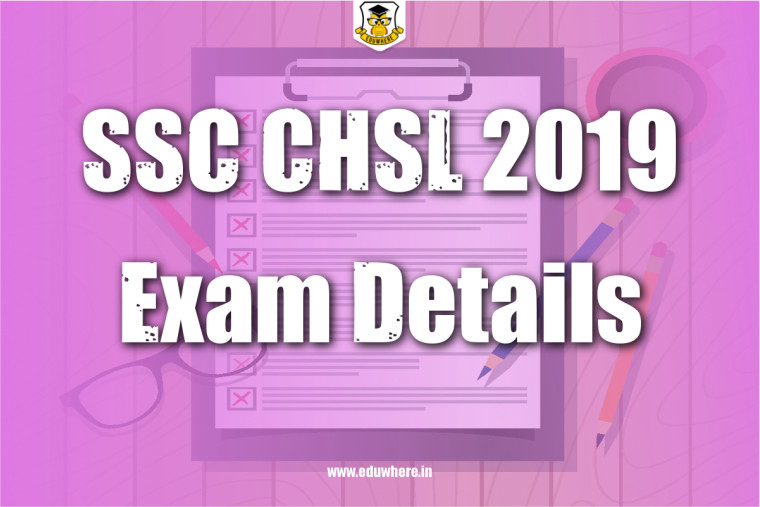 As there are numerous candidates taking up this examination, the level of competition for this examination to tough among the students. Hence, it becomes essential to know all the details about the exam before enrolling. Let’s start with all the open positions to be covered for the SCH CHSL Examination.

There are overall 14 vacancies with around 94 vacancies to be filled up by SSC CHSL 2019 examinations.

All the three stages involved in SSC CHSL examination:

The SSC CHSL Tier 1 examination is 60 minutes test with a deduction of 0.50 marks for every wrong answer. The test will be conducted in Hindi & English language. For all the visually handicapped candidates, the time limit is 75 minutes.

Eduwhere wishes Good Luck to all the candidates appearing the SSC CHSL examination.