10 facts about the Queen of Indian Track P . T Usha 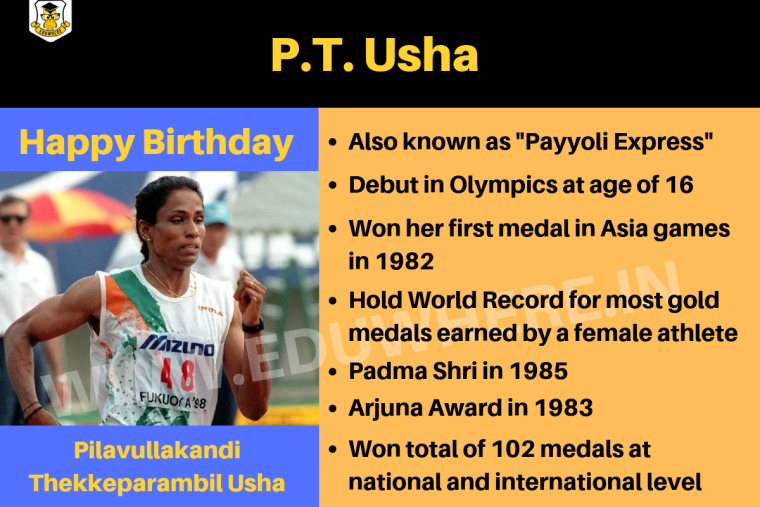 P. T. Usha is one name in the world of sports that is known to almost every Indian. She has made the country proud throughout her career as an athlete. Today, on 27 June 2019 P. T. Usha the pride of the nation turns 55.

Let's take a look at some quick facts about P. T. Usha on her birthday.