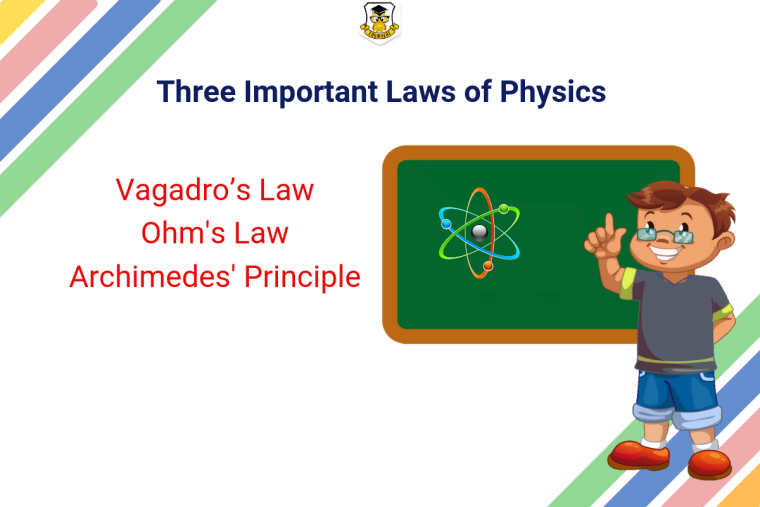 Here are 3 important laws of Physics you should know for your upcoming examination:

Avagardro's law states that equal volumes of all gases under the same conditions of temperature and pressure contain an equal number of molecules. In 1811, this law was discovered by an Italian Scientist Anedeos Avagadro.

Where “V” is the volume of the gas, “n” is the amount of the gas (number of moles of the gas) and “k” is a constant for a given pressure and temperature.

It states that the current passing through a conductor between two points is directly proportional to the potential difference across the two points provided the physical state and temperature etc. of the conductor does not change.

V = I R where V is the potential difference between two points which include a resistance R.

I is the current flowing through the resistance. For biological work, it is often preferable to use the conductance, g = 1/R; In this form Ohm's Law is: