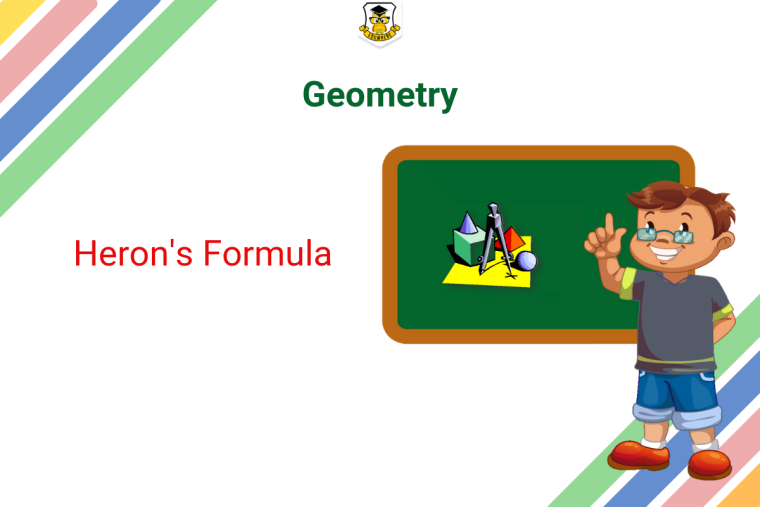 Let’s learn about all the three types of triangles now. The sum of all the angles of a triangle is 180°. 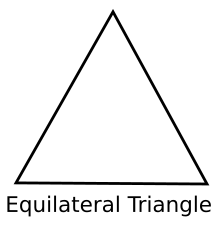 Equilateral Triangle: A triangle with all sides of equal length and all angles of 60° is an equilateral triangle. 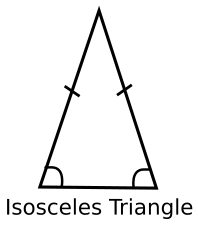 Isosceles Triangle: A triangle with any 2 sides equal in length is called an isosceles triangle. 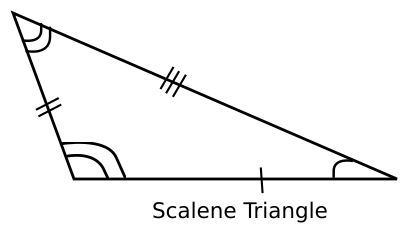 Scalene Triangle: A triangle with no side equal in length to the other is called a scalene triangle.

Now that we know what triangles are, let’s take a look at Heron’s formula. 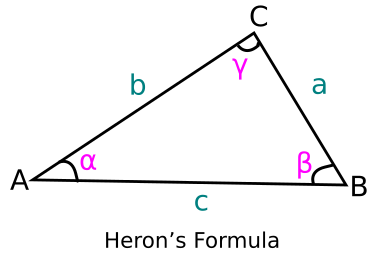 According to Heron’s formula, the triangle’s area formula is

Please note, the above area of triangle formula is applicable for all triangles irrespective of the lengths of their sides.