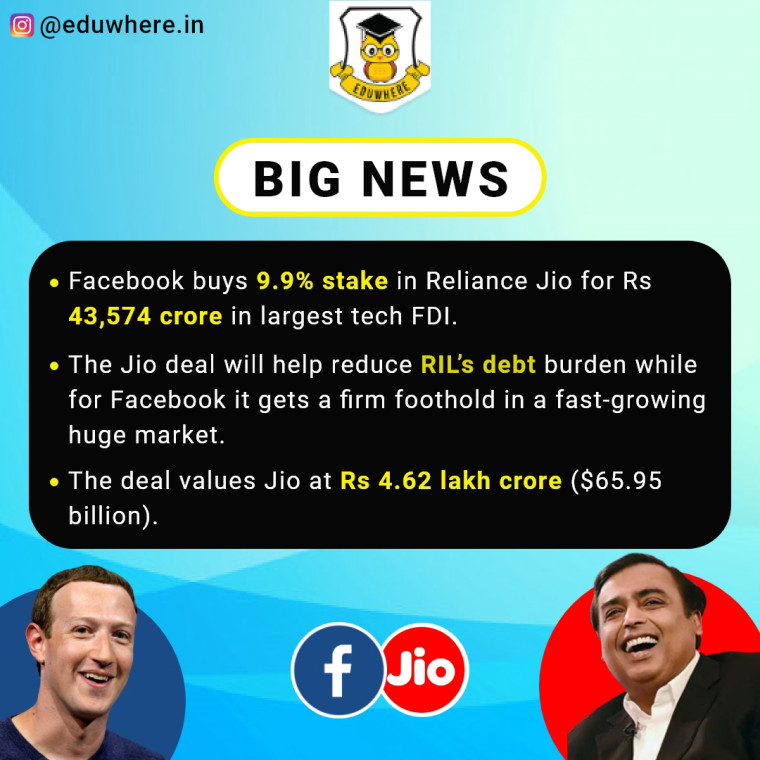 Mukesh Ambani now tops Jack Ma to become the richest man in Asia after this deal.

Jio makes an amount of the tenth of the total amount of Reliance Industries' consolidated revenue. Mark is paying more than half of Reliance's market cap for this deal.

Being just a 3 yrs old firm Reliance Jio, it is the largest telecom firm in the country with a massive number of subscribers.

Facebook paid 57% of the market cap as of April 21. As most of the companies in India are struggling to survive during the COVID- 19 crisis, Jio is doing pretty well.

The number of internet users is expected to increase by 150 million in the next coming year.