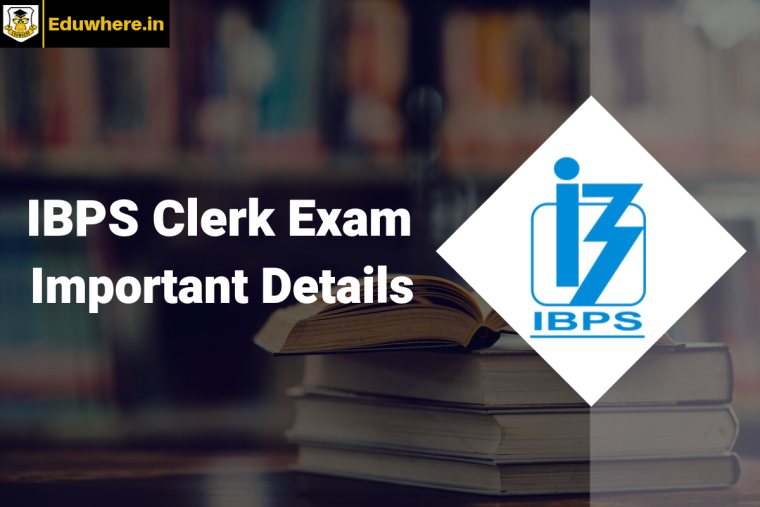 Institute of Banking Personnel Selection has released the information brochure for the 2019-20 exam conduction for the clerical posts. The body intends to recruit the clerical posts of various public banks that fall under them. The Common Written Exam (CWE) organized by IBPS is valid for the majority of the banking giants all across the country. The IBPS clerk exam is conducted in two stages, namely, Preliminary and Mains. While Preliminary is a qualifying level that one must crack to be eligible for the Mains, the score in Mains is the final parameter of selection. To proceed ahead in the selection process, meeting the cut-off for the initial level is mandatory. The exam has also adopted certain novel features, taking inspiration from the SBI banking examinations, which will be in effect for the 2019-20 attempt.

Let’s scrutinize closely the various aspects of the IBPS clerk exam, including the important dates, pattern, number of vacancies, etc.

Click here to start preparing for your IBPS Clerk examinations.

IBPS has given out the dates for the prelims and mains that will be conducted in December and January respectively. A candidate needs to know the dates of the exam to chart out his study plan accordingly and effectively.

*Note: The dates for the other significant events such as online registration, pre-training workshop, etc. haven’t been declared by the institution yet. The process for the registration is tentatively expected to begin from September, keeping in mind the last year schedule. The updates related to the exam can also be checked from Eduwhere.in, which is an academic platform to help students score better in the exam.

The vacancies for the exam are decided by IBPS based on the data received from the numerous participating institutions. State/Union Territory-wise list is formulated, clearly stating the number of people who can be recruited from that place. An aspirant can only apply for the vacancy of a particular state, following which he will be considered only to fill the posts in that particular region.

Generally, the exam centre is allocated in the same state where the job is intended, but for feasibility reasons, the exam centre can be outside the selected place. However, the relocation is valid for giving the exam only and not for posting after selection. The data for 2018-19 called for filing 7275 vacancies. The vacancies for the coming attempt remain unspecified yet because various banks have not stated the number of candidates needed till date. Having said that, this crucial information is expected to surface soon on the official website and might remain near about 7000-8000 in total.

Before diving into the detailed pattern analysis for the exam, it’s important to have a general idea about how the exam is conducted.

IBPS Clerk Exam firstly conducts the prelims test. Those who get through the prelims are called for the mains test, which is the final deciding factor in the selection process. The prelims exam features a total of 100 questions which must be answered in an hour. The paper is divided into three sections which assess the general abilities of an aspirant for the banking sector.

Following are the three sections that feature in the test-

2. Numerical Ability- The ability to solving high order mathematical problems through the faculty of speed maths is evaluated by the help of 35 questions. The period allocated is of 20 minutes.

3. English Language- The final section tests the proficiency of a student in the English language by asking them to effectively answer the questions related to comprehension passage, correct the grammatical mistakes, etc. 30 questions need to be marked in 20 minutes.

The mains exam is the final step towards successfully entering a banking institution affiliated with IBPS. Compared to the generic prelims paper, the second paper is more specific to the knowledge of the subjects much needed in the banking sector. The paper comprises of four sections compared to the earlier five sections. This step was maybe inspired by the SBI pattern and certain amendments were introduced.

1.General/Financial Awareness- This part is aimed at concluding how much a candidate knows about the sector he’s entering. Government policies, banking, and insurance awareness are some topics that are touched upon in this sub-head. 50 questions are to be solved in 35 minutes.

2.General English- This section is pretty similar to the English Language part in the prelims paper. The aim is to know the level at which a candidate stands concerning his command on the language. Enriched vocabulary, proper usage of grammar and effective reading comes in handy for acing this section. 40 questions must be solved in 40 minutes.

3.Reasoning Ability and Computer Aptitude- The amendment clubbed these two subjects and now they are asked in the same section. While reasoning ability is a section that requires untiring practice through IBPS clerk mock test or previous years’ papers, Computer Aptitude is essentially theoretical. 50 questions are given 45 minutes.

4.Quantitative Aptitude- This section is again similar to the numerical ability of the prelims paper, but the level of difficulty certainly increases. The questions are put forth in a complex manner that often puzzles the examinee. 50 questions are to be answered in 45 minutes.

The role that mock tests play is any competitive exam is of unparalleled importance. Learning enhances with the constant evaluation of it, which can be easily done through mock tests. And when it comes to the banking exams, the majority portions are prepared through constant exercising. Eduwhere.in provides national level IBPS Clerk Mock Test series which helps you understand the competition and performance pressure. Moreover, constant progress can be monitored and the areas that you lack in can be focused on thereafter. National level mock tests are a tried and tested method that ascertains success. The aforesaid academic portal provides you with thoughtfully compiled test series, designed by experts of the field. Not only this, but they also provide a detailed solution that can be referred to understand incomprehensible questions which will benefit the candidates.