What to Do if You Couldn’t Clear the CLAT Exam? 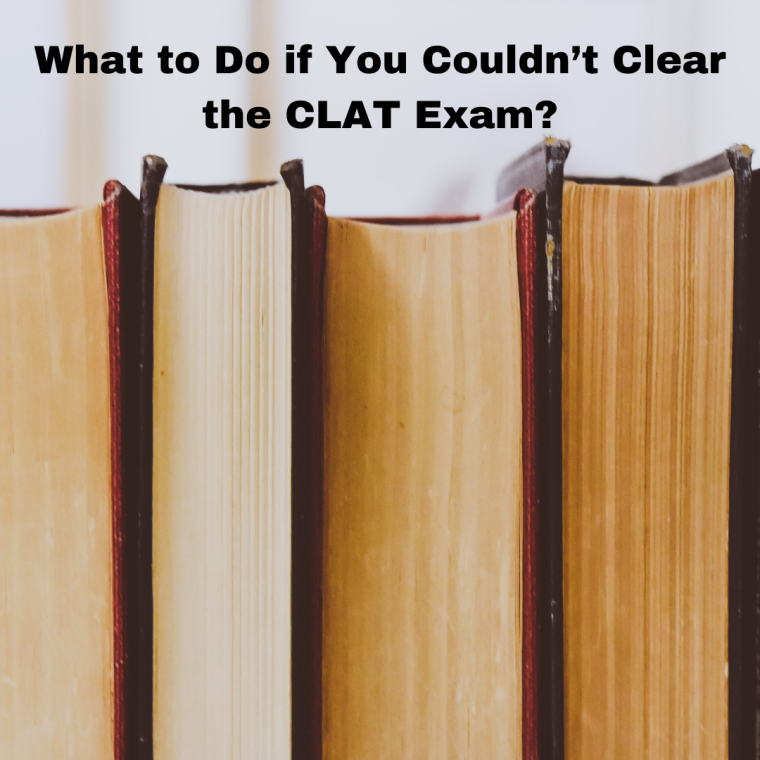 The Common Law Admission Test CLAT is among the top undergraduate entrance exams for Law. It is attempted by students who dream to be part of some of the top law institutes in India, namely the National Law University (NLUs), NALSAR, and others. In 2017, CLAT recorded over 54,000 applicants fighting for just 2342 seats.

With such odds, it is only natural that many students fail to secure a seat for themselves, and as a result, feel clueless and get cold feet.

If you too are (or feel that you will be) one of them, worry not, because no success is complete without failure. Even though the path you were on resulted in a dead-end, there are still many alternate paths that can lead you to success.

So, here are a few options you can consider if you couldn’t clear the CLAT exam.

If you are under the impression that a 5-year degree is the one way to become a Lawyer, then hold on a minute! You can pursue Law after a normal UG degree also, through a 3-year L.L.B degree after completing your graduation. If you are not able to clear CLAT, then you can look at a few degree programs which can form a base for you to pursue law at a later stage.

For example, if you are keen on Law, then a B. A in Political Science can be a great introduction to law studies. The subject will help you understand how government policies are shaped, political systems and rules on which the country operates, as well as how countries operate globally.

Apart from this, you can look at any other degree program that interests you, and then follow it up with an L.L.B after graduation. Degrees such as B.B.A, B.Com, B.A Programme, B. A Psychology and B. English are some of the top choices for students who go this route.

A professional program that helps you enter the world of legal studies, company policies and arbitration is Company Secretary (CS). From working as the chief adviser to the board of directors to advising the company on good governance practices, arbitration, negotiation, etc., they handle a gamut of activities. They are the in-house legal experts of the company and hold all knowledge about company law.

And the best part is, you don’t even need a Law degree to be a part of this field. Company Secretary is a professional program for which you need to clear the three stages, Foundation Program, Executive Program, and Professional Program, followed by a 1-year internship. You can pursue this after class 12th alongside any regular degree program, the most popular choice being B.Com.

Thus, while you will not be called a Lawyer, you would still be in a related domain and will get to practice Law. Another plus point of this option is that B. Com courses are Merit-based, thus, you don’t need to prepare for any additional entrance exams.

3. Look At Other Entrance Exams

While the CLAT 2022 exam is conducted for admission to 18 of the coveted National Law Schools, they are not the only renowned law institutions in India. There are other institutes such as O.P Jindal Global Law School, SRM University, Symbiosis International University, Banaras Hindu University, Guru Gobind Singh Indraprastha University, etc. that offer good law programs.

Many of these entrance exams are relatively easier than CLAT and their seat intake is also much higher as compared to the institutes under the CLAT exam. Additionally, applying for the LSAT entrance exam will also allow you to apply to foreign universities (note: their application process will be separate).

Unsure about Law but still willing to explore it along with other options? Worry not, the Liberal Arts system of education is here to help you out.

While the traditional Indian education system could not think about combining different subjects into a single degree, the Liberal Arts system is slowly turning the tides by getting students to take an interdisciplinary approach. Unlike the specialization system of most Indian universities, Liberal Arts education allows you to study an array of subjects before choosing the one you wish to major in.

For example, at the Symbiosis School of Liberal Arts, Pune, you can combine Political Science as your major with Law as your minor subject. The course outline is such that it provides you with an understanding of both contemporary politics and concepts related to equality, obligations, rights, etc. It also covers topics related to family law, administrative law, criminal justice administration, etc. to apprise students of the fundamental concepts of law.

Similarly, at Shiv Nadar University you can take up a course in International Relations and Governance Studies that encompasses a wide variety of international concerns ranging from intellectual property regimes, cybersecurity governance, inequality, social policy, and global refugee politics.

Not just this, you can even take up subjects from other humanities disciplines and even those in Science and Commerce, if such is your interest.