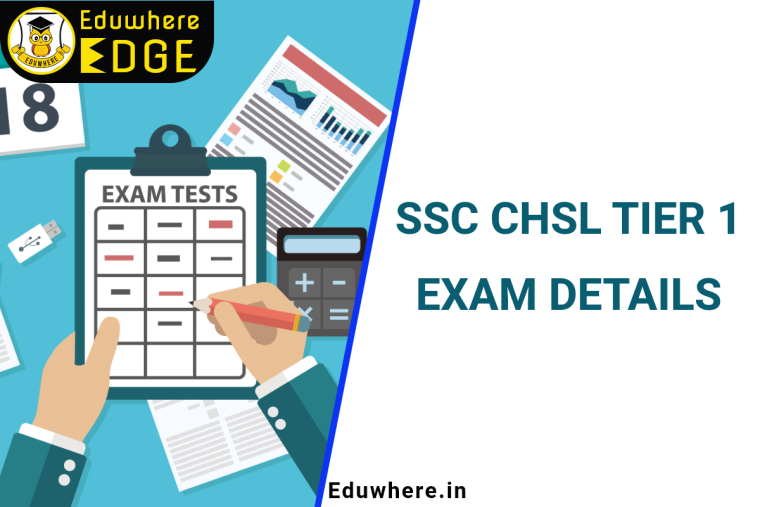 Staff Selection Commission-Combined Higher Secondary Level(SSC CHSL) examination is conducted every year by the SSC. This national level exam is conducted to recruit for various positions in this government examination. The SSC CHSL 2020 examination will be conducted  For all the aspirants who wish to have a job in this section, the posts open for recruitment are mentioned below.

Having knowledge of the complete schedule is essential for every aspirant. From the release of the application form to the last date of submitting the fees, downloading the admit card to the final exam date, you need to mark all the important dates. It helps you ensure that you don't miss any important event related to the exam. Below given is SSC CHSL 2020 exam schedule for your reference:

As you are aware of all the important dates for SSC CHSL 2020 which is just around the corner, it will be great if you take a look at all the details of the exam.

The time duration for both the exams is 60 minutes. There will be negative marking of 0.5 marks for each incorrect answer. This examination is conducted in English and Hindi language. All the details for the examination will be available on the official website http://ssc.nic.in/

The exam holds All India Service Liability, hence if a candidate is selected for a particular post, he or she might be asked to serve anywhere in the country. There is a list of eligibility criteria that must be fulfilled to apply for this exam.

The applicant must be a citizen of India, subject of Nepal/Bhutan, Tibetan refugee or of Indian origin.

They should have cleared Class XII or equivalent from a recognized board. A person who is appearing for the exam can also apply.

One should be aware of the complete syllabus of the examination to plan their study timetable and prepare well accordingly.

English Language: The candidate is expected to be fluent in English when it comes to speaking and writing skills. The English Language section in this exam is included test the grammar and vocabulary of the candidate. Below listed are the most important topics in the SSC CHSL Tier 1 syllabus.

General Intelligence: In this section which contains 50 questions, tricky questions will be asked. This section is meant to test the thinking ability of the candidate along with his/ her problem-solving skills. Here are the important topics listed below asked in this section.

This will be an offline descriptive test for 100 marks with a time limit of 60 minutes(extra 20 minutes for candidates eligible for scribes). Below is the mentioned pattern of the paper with the necessary details.

The candidates applying for Data Entry Operators, LDC/ JSA and Postal Assistant/ Sorting Assistant will have a skill test/ typing test once qualified from the two previous stages. This skill test will be qualifying in nature.

For the post of Lower Division Clerk(LDC) in Border Road Organization (BRO), a physical test will be conducted including one mile run activity in 10 minutes.

The SSC CHSL offers a handsome salary to the selected candidates for the positions available. Here is a list of the pay levels and pay scales for posts in various ministries/offices and departments in Government of India.

Visit Eduwhere to prepare for all the upcoming examinations.